After conquering several industries, blockchain services have lagged in their compatibility with other blockchain networks. To unlock this connectivity, blockchain enthusiasts conducted an extensive study and came up with the Polkadot ecosystem. 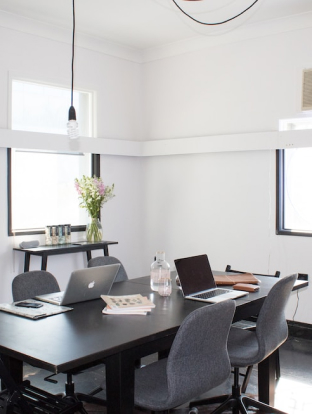 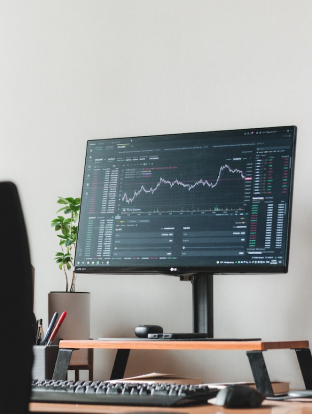 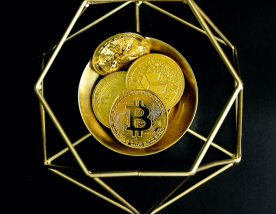 We specialize in building unique parachains that offer shared security and on-chain governance. From slot leasing to construction and deployment, we offer end-to-end parachain modeling. 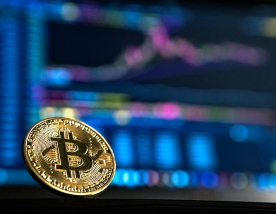 Polkadot's relay chain does not process smart contracts, but any parachain-connected Polkadot-based project may. Engineers at EvaCodes offer Polkadot smart contract development for the Polkadot network based on your exact project requirements. 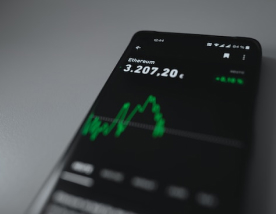 From DeFi apps, digital wallets, IoT applications, and gaming apps to Web3 Infrastructure, we develop and implement a variety of interoperable dApps as multi-chain Substrate-based parachains. 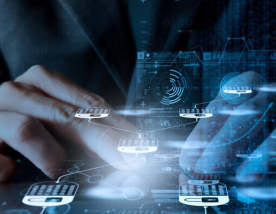 NFTs are gaining traction as valuable crypto assets. You can enter the NFT industry with a distinctive, functional NFT marketplace and establish a devoted user base with the help of the superior services and expert advice of EvaCodes Polkadot blockchain development company. 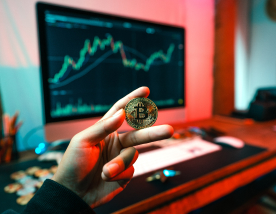 Using the Polkadot ecosystem, we construct interoperable DEX platforms with a multi-chain Substrate structure, thereby enabling the seamless trading of tokens and cryptocurrencies across numerous parachains. 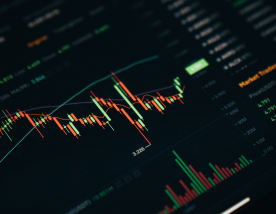 The Polkadot network facilitates the development of robust, inexpensive, and adaptable blockchain solutions for lending and borrowing. It is ideal for users looking to earn passive income from their crypto holdings, as well as those who need loans for transactions.

We create the blueprint for your product’s success

Polkadot is designed to fill the existing voids in the blockchain sector. Currently, each blockchain focuses on specific features and use cases.

Polkadot delivers unequaled blockchain scalability because of its distinctive shared architecture. Its main relay chain can connect a vast number of parachains and conduct several simultaneous transactions, thus exponentially boosting its throughput. Separate from the mainnet, Polkadot-based applications are developed and then connected through a slot. This kind of blockchain operation provides scalability without throughput restrictions or chain overload.

Similar to other blockchains, Polkadot is an open-source, distributed ledger that provides unprecedented transactional transparency for all users. The information regarding assets held by other users makes Polkadot accessible to the general public, albeit without individually identifying information. As a result of the immutability and transparency of blockchain operations, users can avoid having to worry about fraud, scams, or theft within the system.

Typically, blockchains have a single logic and interface, and all transactions and processes within the system occur sequentially. As a result, the processing pace may be too slow, with gas fees and blockchain overload being unintended consequences. Polkadot has resolved this problem by providing concurrent transaction processing via its parachains. Each parachain's logic, interface, and STF are distinct.

The fact that Polkadot was created by one of Ethereum's founders speaks to its credibility and dependability. The Polkadot team consists of competent developers, architects, and project managers with a distinct vision for the project's future evolution.

Polkadot's design is based on the sharding principle, which enables cross-communication between the ecosystem's interconnected yet autonomous shards. This structure ensures more effective resource distribution and shard operation, as well as the smooth completion of cross-shard operations and transactions by the shards.

There is a large, active community of Polkadot fans that passionately believe in the system's potential and advantages. Thus, developers working on Polkadot-powered apps and platforms can count on receiving support and assistance from their peers.

The Polkadot ecosystem is a network of interconnected parachains and parathreads enabling multi chain connectivity. Using interoperable bridges, these parachains can link to external networks. In abstract terms, Polkadot provides a number of interconnected canonical state machines. Connected indicates that the state transition of one machine can influence the state transition of another. Polkadot's state machine is authoritative because its transitions are globally consistent.

In charge of its shared security, cross-chain interoperability, and consensus.

Similar to parachains, but operate on a pay-as-you-go basis.

Link parachains to other networks such as Bitcoin and Ethereum.

WebAssembly is a binary format for stack-based virtual machine instructions. Wasm is intended as a portable compilation target for programming languages, allowing client and server programs to be deployed on the web.

Substrate enables the creation of customized blockchains for every use case and was utilized by Parity Technologies to construct Polkadot, attesting to its high levels of performance, flexibility, and scalability.

Libp2p is a collection of protocols, specifications, and libraries that facilitate the creation of peer-to-peer network applications. Libp2p was originally developed as part of the IPFS project and remains an integral component of it.

Why Should Your Blockchain Project Use the Polkadot Protocol?

Using the Substrate blockchain building framework, you can generate a custom blockchain in minutes. In addition, you can connect your chain to Polkadot instantly for interoperability, security, and ease.

Polkadot offers a shared set of validators to secure multiple blockchains, enabling economic scalability on an unprecedented scale. Polkadot enables the scalability of transactions by distributing them across many parallel blockchains.

With parachain logic operating as a Layer-1 blockchain and the Polkadot ecosystem, IT contributors have a reliably secure and adaptable infrastructure for constructing, connecting, and regulating their businesses without disappearing into a sea of red tape.

Polkadot consumes a fraction of the energy of ordinary blockchains due to its next-generation nominated proof-of-stake protocol. The most recent research indicates that it has the smallest carbon footprint of all proof-of-stake methods studied.

Polkadot enables the cross-blockchain transfer of any data or asset and facilitates interoperability by allowing you to connect to multiple blockchains within its network.

Polkadot is the industry leader in XCM, which enables multiple blockchain architectures to securely exchange arbitrary code, data, and value. This facilitates the creation of cross-chain services and applications that harness the attributes and benefits of several chains.

Have an idea for a Blockchain project?

Data exchange problems a Polkadot development company can help with

Polkadot simplifies bitcoin exchange by eliminating interoperability issues and bottlenecks between chains. Its users can conduct transactions with other users, exchanges, and external blockchains participants with ease.

As with every other blockchain, Polkadot employs stringent encryption and offers complete privacy and security to its users. There is no disclosure of user data on the public network.

Polkadot's unique infrastructure enables it to conduct many transactions simultaneously. This is accomplished by incorporating many parachains into the core network’s operation.

Polkadot is a layer-0 network that permits frictionless communication with layer-1 blockchains (e.g., Ethereum). Instead of relying on layer-2 design, the blockchain takes a different approach and achieves remarkable scalability at layer 1.

By choosing the blockchain professionals at EvaCodes, you receive outstanding benefits and certified end-to-end assistance, beginning with advising and extending to the design and development of Polkadot projects with any functionality.

Our offerings include building supply chains and monetary systems on the blockchain and designing ready-to-deploy NFT solutions.

We have drawn up, developed, and deployed over 50 digital solutions and over thirty robust blockchain projects.

Our developers are proficient in Polkadot-specific PDKs, frameworks, programming models, and languages such as Parity's ink.

Our developers are well-versed in the Polkadot ecosystem and Substrate platform, and have the expertise as community developers providing tools and utilities for multiple blockchain ecosystems.

Through our partner program, we're able to help businesses grow their customer base, service area, and technological prowess.

If you are planning a Polkadot-based project, you should always visit EvaCodes. We have a huge in-house team of blockchain architects and Polkadot developers who can build such a project from scratch or implement a white-label solution to save time on development expenses. We provide clients with consulting, design and development, and post-launch maintenance support to ensure your full satisfaction with our the quality and scope of our services.

Hire EvaCodes’ team of Polkadot developers to avoid having to invest time, money, and effort in compiling an in-house team of blockchain engineers for a single project. We have ready teams with the essential tech stack and skills for your Polkadot project construction.

You can hire EvaCodes experts on a project-by-project basis to supplement your in-house team if you already have several specialists but are missing one or two people with expertise in a particular technology stack. They'll work with you to ensure the highest quality Polkadot development.

If you need help but don't have the staff, EvaCodes developers can work with you on a project basis or provide continuous support. You can depend on us to assist you with activities and projects of any size and complexity.

Have an idea for a Blockchain project? 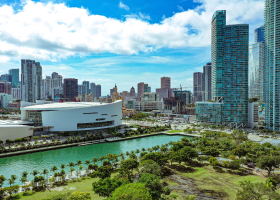 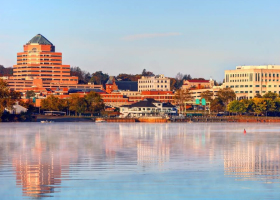 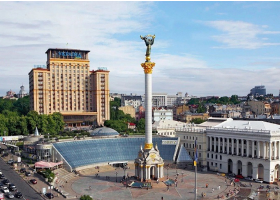 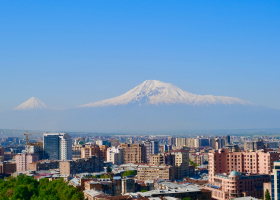 5.0 33 REVIEWS
5.0
"We are impressed with their project management style and how fast they respond to our inquiries."
COO, Alium Finance

Verified Revified
5.0
"The workflow was very smooth. We were working as a single entity. "
CEO, CripeHub

Verified Revified
5.0
"They are friendly, professional, and communicative."
CEO, DevIT

Verified Revified
5.0
"They always made sure we were on the same page with what needed to be done and by when."
CEO, MLPco

Verified Revified
5.0
"The team consisted of professionals who were friendly and creative."
Software Development for Cryptocurrency Company

Verified Revified
5.0
"I was pleasantly surprised by their work style."
Infrastructure & System Dev for Cryptocurrency Platform

Verified Revified
5.0
"We were 100% satisfied with their services."
Platform Development for Blockchain Company 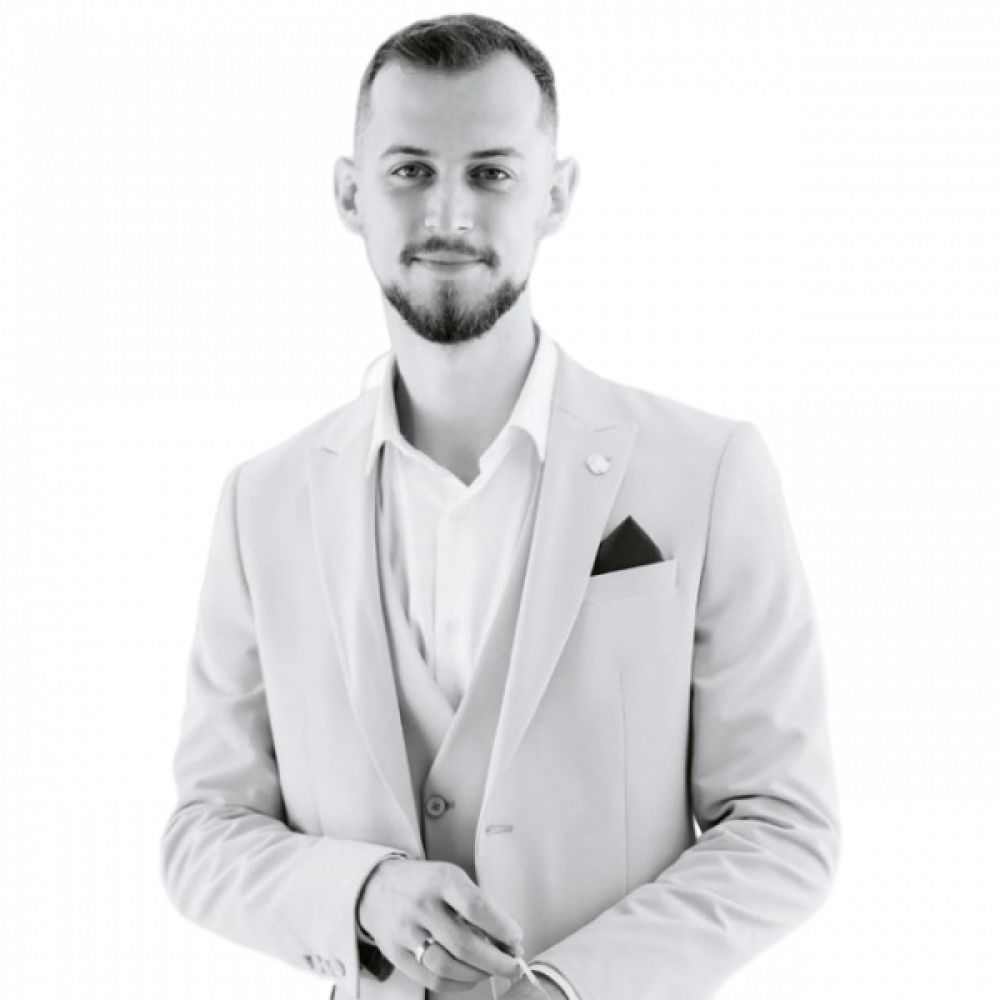 Pavlo Famulyak
Head Of Sales at EvaCodes
Let's discuss your idea
What Happening Next?
Free consultation